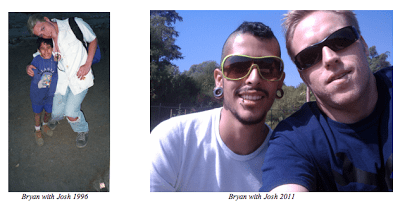 It seems impossible to express in a few paragraphs everything that The Laurel Foundation has meant to me or to capture the essence of all the little miracles that I have witnessed at the many camps that I have attended. I immediately responded to the vision of The Laurel Foundation. This wasn’t just about providing an escape for kids living with HIV/AIDS. Margot Anderson, the founder of the organization, had a vision of providing the campers with an experience that would empower them and provide them with the tools to meet the challenges that they would face throughout the duration of their lives. This vision is one of the things that really differentiated Camp Laurel and The Laurel Foundation and has kept me coming back over the years.

I first became aware of Camp Laurel during the summer of 1996. I had just graduated from college and most of my friends had already moved away. I was bored and channel surfing when something grabbed my attention. It was an episode of the Oprah Winfrey Show. While I only caught the end, it was evident that it was about children living with HIV and AIDS. As the credits began to roll, they flashed the numbers of a few summer camps dedicated to children living with what at the time seemed a terminal illness. I silently made a commitment to myself to volunteer the next year. The following summer I found myself volunteering for not one but two different camps. Camp Laurel was one of them.

I witnessed something at that first camp that I will never forget:

A group of counselors, including myself, were taking a large group of campers rock climbing. And it wasn’t going so well. There were the typical teen attitudes of being too cool for this. There was boredom and impatience. There was disinterest. And probably a great deal of unexpressed fear. The staff was frustrated and at our wits end when a counselor approached a girl sitting on the sidelines.

The girl was in a wheelchair and in the process of going blind. She was facing health issues that most of the other kids had yet to encounter. The counselor simply asked her if she would like to try. And she said yes – so two of the stronger counselors lifted her from her wheelchair. She was helped into a harness by the instructor and the three men raised her to the side of the cliff. With their encouragement, she made a tentative step, their hands guiding and spotting her.

And then something amazing happened. Some of the other campers started to notice. People glanced over out of the corner of their eyes. Conversations stopped. Counselors and campers began to gather around to cheer the brave girl on. Soon, every single camper and counselor was gathered around, cheering.

The girl did not make it to the top. She took three brave steps. And, as a result, nearly every other camper followed her example and, in the very least, tried.

It is a vision I have never forgotten. Although the girl passed away soon after, she has stayed with me over the years. Sometimes, when I find myself in situations in which I need to find inspiration, to draw upon my own reserves of courage and resilience, this scene returns to me. I remember not only this girl and her bravery but the way an entire community rallied around her in that moment. As I reflect back on all of this, I am moved to tears after all these years – not as much from sadness as at how breathtaking and magnificent the human experience truly is.

One small act of courage can touch the lives of so many. I think of Margot and the risk she took in starting Camp Laurel. How monumental and overwhelming the task before her must have seemed. How almost everything worth doing is done with patience and persistence, one step at a time. This has been the story of my life as well – a lesson I learned from Camp Laurel.

In the last 17 years, The Laurel Foundation has offered year round services for kids and their families living with HIV and AIDS. I have been fortunate enough to have participated in many of these programs: traditional summer camps, winter family camps, spring leadership camps, trips to Yosemite and snowboarding in Mammoth, holiday parties, among others. While some of these have been cut due to budget issues, the initial vision that Margot had lives on and continues to evolve.

The Laurel Foundation literally changed the course of my life. As a result of my involvement with the organization, I became a Special Education teacher. While pursuing my Master’s degree, it became increasingly difficult for me to be involved with camp. This last summer, after a 7 year absence, I finally returned. I was a counselor for eight 8-10 year old boys. The 17 year old Counselor-in-Training who was placed with my group had been a camper in my cabin 7 years earlier, the last time I had volunteered. It blew my mind to see what an amazing man he had become.

I must admit that I felt some remorse at having missed out on witnessing all these kids grow up. As I told a friend who later became a volunteer himself, consistency is one of the most important things you can offer a child. The Laurel Foundation has been a consistent presence in these kids’ lives. They have grown up with camp. Just as I have.

As a result of my returning to the fold, I was approached about participating in the LEAF mentorship program – an opportunity which thrilled me. When they mentioned who they had in mind as my mentee, it rang a memory bell. The next time I visited the offices, they confirmed his name. This time I pulled out a photo of me and a smiling boy. “Is this him?” I asked. Their jaws dropped in disbelief. It was Josh. On the back of the photo there was a date: July 11, 1997. The photo was taken on his birthday, outside the dining hall, right after I had presented him with a birthday cake. It was the only photo I had left from that first camp. Unfortunately, the rest had been lost in a move many years prior. I had set this one photo aside because it had always meant so much to me, epitomizing that special bond between camper and counselor.

Later, when we had our first official meeting as mentor and mentee, I gave a copy of the photo to Josh. I reminded him of my camp name, “Bunny”, and asked him if he remembered what he was called. Without hesitation, he replied, “Little Bunny”. Since then, we have met up twice and talked on the phone many times. I am excited to see where this journey takes us, just as I am to see where the LEAF program takes the Laurel Foundation as a whole.

The seed of the Laurel Foundation was planted what seems like so many years ago. It began with a conversation Margot had on a treadmill at the gym. It was just an idea then, the seed of a vision. But the seed was planted and it has continued to grow like its namesake – a Laurel tree.

This I can say from experience:

The Laurel Foundation changes lives. It has certainly changed mine. 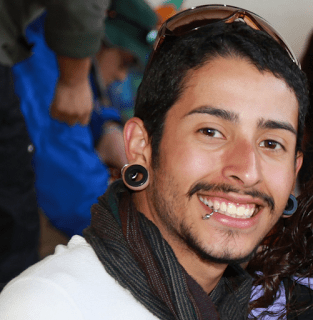 I’ve been coming to The Laurel Foundation since I was 7 years old. As a camper I had amazing experiences and beautiful memories were made thanks to the phenomenal staff and counselors who I looked up to. I wanted to become a counselor one day; it was a dream for mine. But once I turned 18 things changed in my life that blocked my path. This went on for 3 years and of course during those 3 years I felt that something was missing. Goals that I had set for myself came tumbling down one after another. I hit rock bottom and was down there for a while; I lost everything, my dignity, pride, and myself.

I then moved back to my mother’s house, where I started to pick up the pieces and myself. I decided to leave everything behind and start a fresh beginning. Then I remembered The Laurel Foundation (Camp Laurel), where I had encountered great moments, love, and friendship. This was what I was missing, I then asked for an application and printed it out. As I read the application, I felt a sense of relief and was reminded of the support that surrounded me. A few days after I interviewed to be a counselor, I received a call that I had been accepted. I was very excited that I got that chance to be part of camp again. Words couldn’t describe what I was feeling, this was a dream come true for me. From this moment on I felt that nothing could bring me down. I felt accomplished and I knew this time around I would do things right.

The Laurel Foundation means a great deal to me, it’s a part of my life and my second family. It’s a place where we can come together, meet others, interact and build bonds and memories that will last forever. It’s a place where I am not afraid of being myself. It’s a magnificent experience that people can’t understand until they’ve experienced it firsthand.

I’ll admit that as we drove home after Winter Family Camp I cried a lot, not of sadness but of happiness, accomplishment, and appreciation for what it had done for myself and for others. Camp gave me confidence in myself and although it took me a while, it broke down several walls that I had up. The Laurel Foundation has made me the man I am today. I don’t know what I would have done and how I would have turned out without Camp Laurel and The Laurel Foundaiton in my life. THANK YOU! 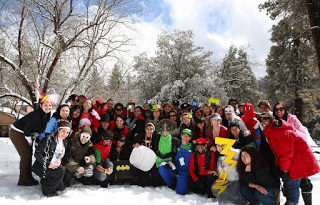 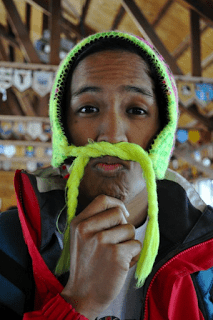 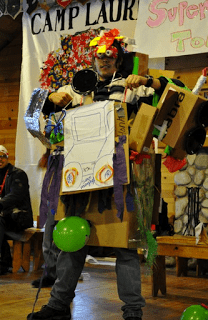